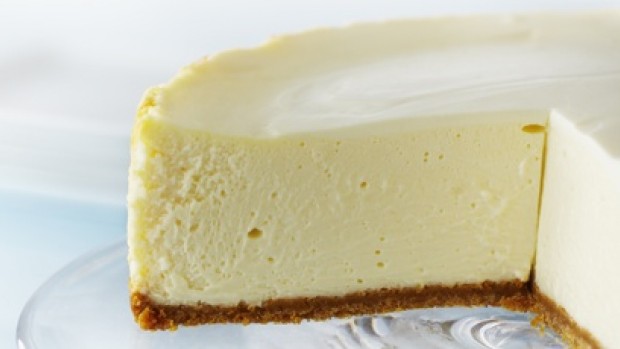 For the crust, stir the graham crumbs, sugar and melted butter until evenly combined and press this into the bottom of an ungreased 9-inch springform pan. Bake this for 10 minutes, then cool. Brush the sides of the pan with a little melted butter.

For the cheesecake, increase the oven temperature to 400 F. Beat the cream cheese until light and fluffy. Add the 1 1 cups of sugar a little at a time, and scraping the sides and bottom of the bowl often. Beat in the cornstarch, vanilla and lemon zest. Beat in the eggs one at a time, on a lower speed, and scraping after each addition, then beat in the yolk. Still on low speed, beat in 3 cup of sour cream. Scrape this over the cooled crust.

The cheesecake will keep, refrigerated, for up to 4 days.